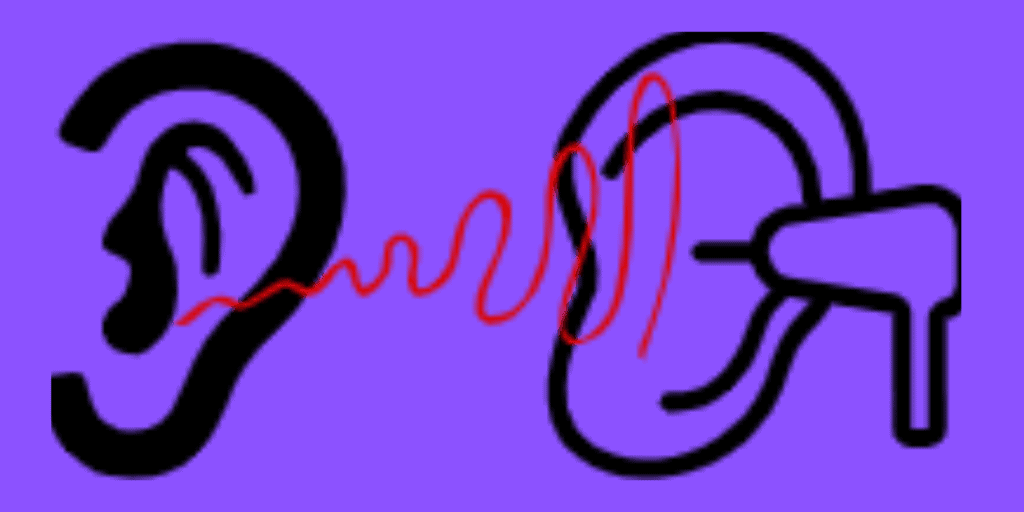 Do you have a ringing noise in your ears and think it’s tinnitus? I had this when I was suffering from a migraine and was having terrible noises in my ears, and I thought it was tinnitus until I found that it wasn’t. I was diagnosed with a migraine.

And I know many people have such experiences. In this post, you will discover everything you have to know about “Tinnitus” and the 9 top “Tinnitus Misconceptions.”

Let’s dive in straight away!

It May Also Interest You To Read: The 20 Best Tips And Tricks For Treating Migraines

Why is There a Ringing in My Ears?

Let’s look into some trustworthy sources of information straight away. It has been gathered that there are networks of brain cells (known as neural circuits) that process the noises we hear. Likewise, tinnitus is commonly assumed to begin in the ear but continues in the brain.

Scientists are still debating what happens in the brain to produce the perception of sound when there is none.

Some people believe that tinnitus is related to chronic pain syndrome, which occurs when the pain lingers after a wound, or broken bone has healed.

Tinnitus is caused by the brain’s neural circuits attempting to compensate for the loss of sensory hair cells by increasing sensitivity to sound. This could explain why some tinnitus sufferers are overly sensitive to loud noises.

Tinnitus may also result from out-of-balance neural circuits caused by inner ear trauma that alters signaling activity in the auditory cortex, the area of the brain that processes sound.

It could also be the result of aberrant neuronal circuit interactions. Hearing brain pathways are not primarily dedicated to sound processing. They also communicate with other brain areas, such as the limbic region, which is responsible for mood and emotion regulation.

How Can I Get Rid of Tinnitus?

However, no therapy has proven to alleviate tinnitus so far. Cognitive-behavioral therapy can help people manage ringing in their ears and enhance their overall quality of life. Tinnitus that lasts more than three months is already considered chronic tinnitus.

Which Tinnitus Therapy is Effective?

According to Jacobson, these include autogenic training, biofeedback, and progressive muscular relaxation. A hearing aid supply is crucial if hearing loss, which generally positively affects tinnitus. A cochlear implant is advised for people who have severe hearing loss.

How Can You Get Rid of Tinnitus?

How Long Does it Take To Get Rid of Tinnitus?

Tinnitus can develop for no apparent reason and usually lasts less than a minute. However, for some people, the ringing in the ears lasts long. Chronic tinnitus occurs when they last longer than three months.

What Should You Stay Away From If You Have Tinnitus?

You can also find the causes of tinnitus indicators and tinnitus here.

What Helped You Deal With Your Tinnitus?

The university clinic suggests cognitive behavioral therapy as a promising treatment option: “The patients learn to live with the tinnitus. According to the expert, young people increasingly suffer from hearing loss and tinnitus.

In most cases, tinnitus and the underlying cause are not harmful. However, many people are terrified by ringing in the ears when the origin is unknown. An explicit chat with the ENT specialist, as well as further information about tinnitus, can assist in alleviating this worry.

There has been a revolution in the treatment of chronic tinnitus in recent years. Instead of the time-consuming prior search for medical aid with medications and infusions, it established that tinnitus retraining therapy could exploit the processes in the brain to become used to the ringing in the ears.

As the name implies, Tinnitus retraining is an “unlearning” program. Therefore, it should be educated not to perceive tinnitus as bothersome, conceal it, or integrate it into a noisy environment.

With the help of retraining therapy, the patient can lose awareness of his tinnitus to the point where he no longer hears it even when concentrating on it. It is accomplished through the four therapeutic components of tinnitus retraining therapy:

1. Everyone who has been affected notices tinnitus right away.

Tinnitus is interpreted differently by various patients. Ringing in the ears might take the shape of hissing, whistling, knocking, hissing, crackling, or something distinct. Several noises are heard continuously at the same time. They can feel tinnitus in both ears, one ear, or as a noise in the head.

2. Tinnitus is an incurable condition.

Not true: Tinnitus can and should be treated. The chances of recovery are particularly favorable in the event of acute tinnitus. When a tinnitus patient’s ear noise has gone away, he might consider himself cured.

However, it is not the only definition of a cure. Many tinnitus patients who no longer experience ear noise believe themselves cured. Tinnitus is treatable with this form of compensation.

3. My tinnitus can be heard by others as well.

In most circumstances, this is incorrect: only objective tinnitus, such as that caused by the noise of blood flow processes, may be perceived by others. The majority of ringing in the ears is solely perceived by the affected individual and is subjective.

Wrong: While your health insurance covers check-ups and diagnostic consultations with an ENT doctor, you must pay for the initial typical therapy stages, such as infusion or pressure chamber therapy, on your own. Following treatment, such as learning relaxation techniques to reduce stress, is typically not or is just partially covered by health insurance.

5. Tinnitus and hearing loss are the same things.

False: abrupt hearing loss and tinnitus are not the same, but they are frequently associated; tinnitus is one of the most common symptoms or consequences of sudden hearing loss.

False: Hearing loss and tinnitus can occur concurrently and, in many cases, ringing in the ears and hearing loss are frequently caused by damage to the sensory cells in the inner ear.

7. An ENT specialist only treats tinnitus.

Wrong: While the ENT doctor is the initial point of contact for tinnitus sufferers, other doctors, psychologists, naturopaths, hearing aid specialists, and so on are consulted for many more therapies, including tinnitus retraining therapy.

8. Tinnitus is a medical condition.

Wrong: Tinnitus should be viewed as a symptom rather than a particular condition. However, the sometimes agonizing ringing in the ears is essential in and of itself.

Moreover, although the ear ringing of those affected is the focal point of complaints in its various forms, patients with tinnitus frequently have other symptoms such as sleep difficulties, depression, and so on.

9. Tinnitus is a management disorder.

Wrong: It cannot be argued that managers are more likely than other professional groups to suffer tinnitus. However, because stress is one of the leading causes of tinnitus, people exposed to it at work or in their personal lives are more prone to ringing in their ears.

Tinnitus currently does not have a cure, although there are therapies that can help many people cope with the condition. Most doctors will offer a mix of therapies based on the severity of your tinnitus and the areas of your life that it affects the most.

This article is solely for educational and informational needs. And For any reason, it should not be used for self-diagnosis or treatment. You can not use it as a means to avoid visiting your doctor.