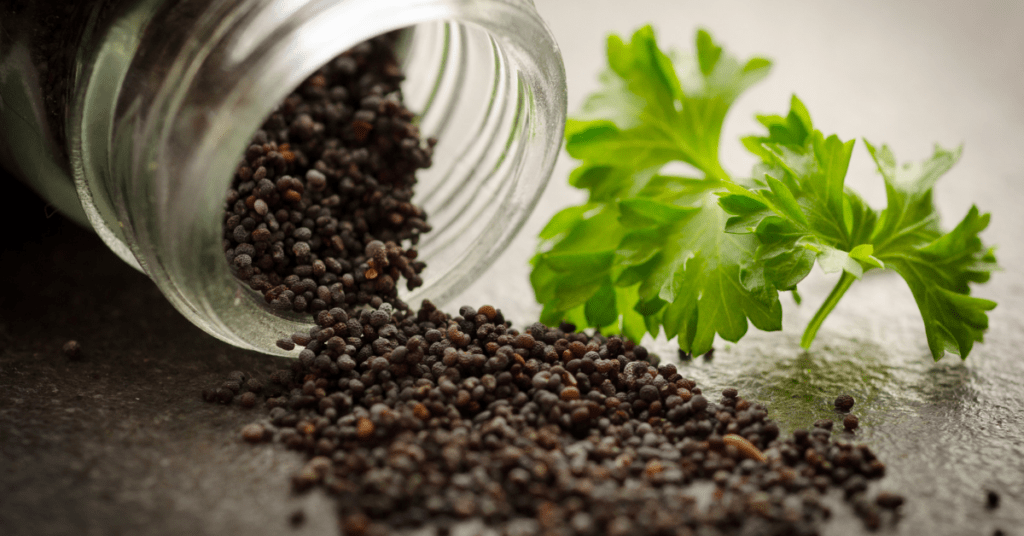 What You Should Know About Black Pepper

You will read in this article what makes black pepper good for you, and its health benefit. Initially, black pepper originated in southern India, but it is grown in several tropical regions now, including India, Indonesia, Africa, Vietnam, Sri Lanka, Thailand, and Brazil.

Pepper is still the most extensively sold spice today. Every year, over 200,000 tons of this spice are sold across the globe.

Pepper plants grow best on a mix of soil and sand. It should not be too powerful and should be poured exclusively with rainwater.

Pepper grows as a climbing plant in nature. As a result, a climbing aid should be put in place so that the plant can get support.

With proper care, the berry-like fruits can be collected twice a year in spring and autumn.

The grains, however, must be entirely mature. In this scenario, black pepper has slightly reddish fruits that turn black when dry.

The Effect And application of Black Pepper

Black pepper is a spice that’s widely used all over the world. Can use it to make sauces, soups, meat, fish, and seafood, as well as desserts.

The essential active component in plants is piperine. Many people refer to it as a multi-purpose medical weapon.

It might surprise you why our ancestors called Black Pepper the ‘King of Spices.’ This is because black Pepper offers numerous health benefits and is an all-rounder spice.

And can be used practically by everyone in your kitchen or even for health-related issues with minimal or no reported adverse side effects so far.

There are numerous health benefits to black Pepper, as you may already know.

For example, it has anti-inflammatory properties and can improve cognitive function, such as mood, allergies, cholesterol levels, and blood pressure.

It also acts as an antioxidant and increases the bioavailability of many drugs and supplements. It means that our bodies can make better use of them.

Many of the potential health benefits of Black Pepper for the body and brain come from the its compound piperine.

Black Pepper contains a plant compound that has potent antioxidant properties. Free radicals, unstable molecules that cause cell damage, are produced by the body naturally and in response to environmental stresses.

A diet rich in antioxidants reduces the damage caused by free radicals. For example, one review of both test tube and rodent studies concluded that black pepper and piperine supplements might prevent or slow the progression of free radical damage and diseases like atherosclerosis, diabetes, and cancer.

Studies in rodents suggest that piperine may reduce inflammation. But little research has been conducted on the effect of black Pepper and piperine in humans.

Several reviews and studies indicate that piperine has antibacterial properties.

For example, researchers concluded that black pepper’s antibacterial properties against bacteria such as staphylococcus aureus could be a powerful ingredient in future therapies against infectious diseases and foodborne pathogens.

Several reviews have also examined the pharmacological properties of piperine, including its antibacterial effects.

Similarly, a test also discovered that piperine, a component of the long pepper plant, may aid in the fight against multidrug-resistant pathogens.

In addition, the researchers concluded that both compounds could be helpful as bioactive compounds in the development of new antibacterial drugs. However, the authors of both reviews suggested should do more research.

Although no human studies have taken place to date, several laboratory studies suggest that the piperine in black Pepper may have cancer-fighting properties.

When black Pepper is blended with turmeric alongside milk, it can prevent cancer.

This mixture is also suitable for people who have a terrible cold. In addition, spice contains antioxidants, vitamin A, and carotenoids, which aids in the treatment of other dangerous diseases.

It should also include in most of your regular diet because it is the most natural approach to keeping fit.

Researchers observed piglet changes during their growing and fattening periods after randomly assigning them to diets with or without black Pepper.

In light of these findings, researchers believe a further investigation into the potential benefits of lipid metabolism in humans.

A small 2013 human study on the effects of a supplement containing several bioactive food ingredients, including piperine,

On insulin resistance discovered an improvement in insulin sensitivity. It means that the hormone insulin was better able to regulate glucose uptake.

However, because the supplement contained various food ingredients, it is unclear whether piperine alone would have produced the same results.

Scientists have recently found that piperine improves memory in rats with Alzheimer’s and reduces the formation of amyloid plaques in rats.

These are damaging protein fragments that first appear in the brain areas associated with memory and cognitive function.

According to a study on humans, Alzheimer’s conditions have been linked with levels of piperine. Still, to date, the researchers could not determine the reason for the link and recommended further research.

Black Pepper aids digestion, and when ingested raw, hydrochloric acid is secreted by the stomach, which breaks down proteins.

The hydrochloric acid in your intestines cleanses them and protects you from gastrointestinal disorders. So don’t forget to season everything with a dash of black Pepper.

You may suffer constipation if you have fewer than three stools per week. This difficulty, however, can be rectified by adding Pepper to your food daily.

In addition, constipation may cause you to strain to pass feces, or you may not feel empty even after passing stools.

When taken daily, black Pepper reduces the risk of colon cancer, constipation, diarrhea, and other bacterial disorders. However, excessive use might damage your health, so only use a pinch in your daily diet.

The ‘King of Spices’ claims to help with skin discoloration. This disorder causes your skin to appear white, also known as white spots.

Many products are available on the market to restore your skin’s color; black Pepper also protects your skin from skin pigmentation.

It helps you preserve your skin’s original color. In addition, if you start eating black Pepper at an early age, you can avoid wrinkles and skin problems. It is also an excellent spice to prevent premature aging and black patches.

Consuming this spice in its raw or cooked form is sufficient for your daily diet, benefiting your health and, most significantly, rejuvenating your skin.

If you have acne, try black Pepper since it will help your skin drain out the toxins and smooth it out. But, of course, you have to mix some black pepper and apply it to your skin to see the change.

Black Pepper Is Considered To Be Effective For Treating Dandruff

Combine some grind black pepper with curd and apply it to your scalp for at least 30 minutes.

Also, avoid using too much it, which might cause scalp burning.

If you use shampoo within 24 hours after putting it into your hair, you may have adverse effects.

You can also mix lime with the crushed black pepper and apply it to your scalp for 30 minutes before washing it off. Your hair will be lustrous and smooth as a result of this.

The wonder spice aids in weight loss and can be mixed into green tea and drank two to three times per day. This spice contains a high concentration of phytonutrients, which aid in breaking down extra fat.

It also helps your body’s metabolism. In addition, green tea with a dash of black Pepper can assist with weight loss. Should include it in your daily diet.

The problem of Depression is one of the most common problems that most people suffer from worldwide, and it can even lead to death.

Nonetheless, some medications can prevent this mental disorder from becoming fatal; nevertheless, Black Pepper can be provided to sad people to chew on, and this will modify the person’s mood.

It is because eating raw once can release mood-inducing chemicals into the brain, which keep your thoughts calm and soothing all the time. However, this should not be done in excess since there may be consequences.

Aids In The Treatment of Respiratory Diseases

Colds and coughs are common respiratory issues relieved by taking black Pepper. Adding a pinch of it to some green tea will make all the difference.

You can also use a glass of milk and season it with black Pepper and turmeric before drinking it hot.

If you suffer from joint pain due to arthritis, don’t worry because Pepper has medicinal characteristics that can help address this problem. It also helps in the prevention of gout.

It also helps to treat those who have back or joint discomfort. Today, black Pepper serves as a global spice in various cuisines.

When a person who suffers from cold and cough drinks black pepper, it has the most potent effect.

This spice causes you to sweat and urine a lot, which allows you to expel all toxins from your body. Sweating and urinating indicate that your body is in good working order.

In addition, rather than only taking black Pepper, you should consider how you need to burn fat physically. Some people assume that consuming black Pepper alone can help them lose weight.

If you focus solely on finishing it without engaging in simple exercises like walking and jogging, you may be mistaken.

It’s essential to eat a balanced diet while exercising if you want to reduce weight. You will see the repercussions in a few people mocking you if you do this.

It has no adverse side effects

Adding a pinch of Pepper to all your dishes during the winter can help you stay healthy and avoid many ailments.

Black Pepper coupled with honey can also aid in preventing chest congestion. An easy cure for chest congestion is adding it to warm water and some eucalyptus oil and inhaling the steam.

Tip: Black pepper good for you adding a pinch of black pepper to your daily diet will help you stay healthy, and using it as a weight-loss supplement is the most effective approach to losing weight.

You Will Also Like This Article: Fresh Turmeric & How To Use It

While we attempt to provide accurate, up-to-date, and safe information in all of our articles and guides, it’s important to note that they are not a replacement for medical advice from a doctor or healthcare practitioner. Whenever possible, you should consult a practicing professional who can diagnose your situation. This guide’s content is only for informative and Educative Purposes Only.